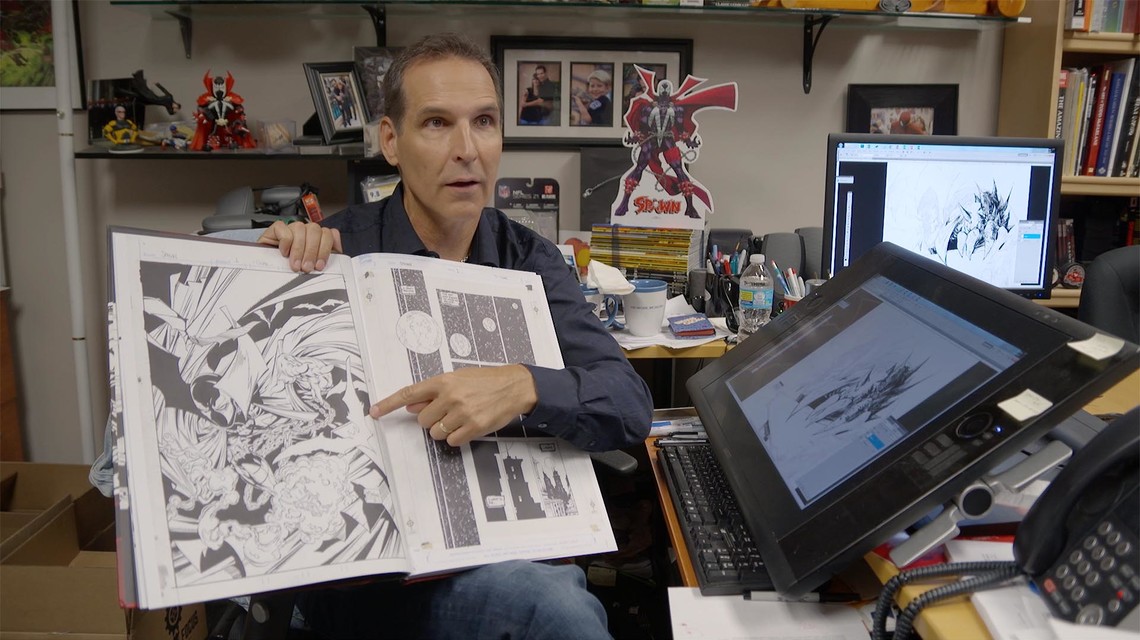 According to Todd McFarlane, the conscious decision to be different helps you survive.

Also his number rule when you’re stuck in a studio all by yourself telling stories for ten to twelve hours?

I want to draw fun. I want to draw stuff that’s cool. So then you channel your inner ten year old, and you go, ‘Oh my God, that would be cool.’ And if I’m drawing the Hulk, I’m going ‘What would be fun to draw?’ and he’d be big and he’d crush things. And if I’m doing Spider-Man, I’d go ‘Oh, I want him to flip around like he’s a bug.’ And if he’s Batman: ‘I want him to have this big giant cape.’ Everything I was doing was what’s going to get me through the deadline. And is it fun to draw, and then i cross my fingers and hope that the readers respond to it. If that works, then you also then start creating a style, and then the style helps your career. And so, I’m not trying to say that’s wrong or that’s bad, i’m just trying to say i’ve seen that look, let me try a different look. Not better, not worse, just different.